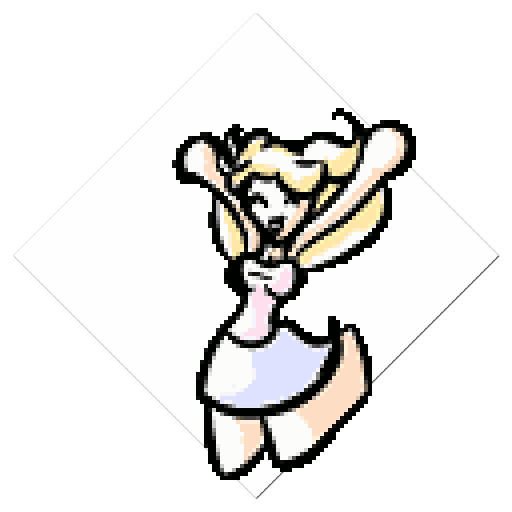 Milly is one of the main protagonists in the comic series Reverie. She first appeared in the comic strip “Telekinesis” on January 17, 2010. Milly was created and designed by artist Isabel Ruiz Lucero and designer Mario J. Lucero.

She is loyal, honest, and resourceful. Milly is as outgoing, as she is lazy. She loves making the best of any situation, but she also prefers the fun way of doing so. Milly is a very well-meaning person, her family has always been in the poverty line, but she’s always made the best of it. She’s a bit ditzy, but she’s very committed to her friends and playtime.

Milly is average height for their species. She has peach skin, and yellow hair done up in half-pigtails.

She’s none-to-bright, and unlike her hard-working best-friend Amalia, she hates work. If she can be convinced that something will be fun, she’s wiling to take part. She is extremely loyal to her best-friend, as well as her other friends, Bronjay and Hoopes.

Hoopes
Many: The Blog of a Space Probe